The growth of the hardware mold industry market

The growth of the hardware mold industry market 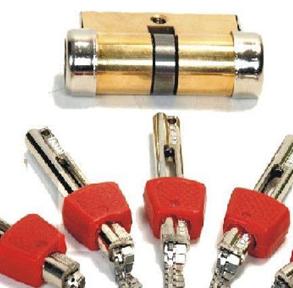 The hardware industry is a traditional industry in China. It started earlier and its development has become more mature. However, the fierce competition in the market and the competitive situation have forced relevant companies in the hardware and mold industry chain to the edge of the cliff and accelerated the development of e-commerce to become a domestic plastic hardware industry. It is an inevitable choice to cope with the challenge of economic globalization, seize the initiative for development, and improve international competitiveness.

In the current hardware industry market, Germanyâ€™s market is the largest, and as time progresses, demand is gradually increasing, and according to the nature of the Germans, they are sure to use hardware tools, and Germany must It will become a major market for hardware industry consumption.

With the expansion of the hardware mold market, mold industry parks have been built all over the country. As a new economic phenomenon, more and more attention and attention have been paid to people. Further intensified investment attraction for mold projects and obtained more relevant information, laying a solid foundation for subsequent investment promotion work.

At present, China has entered the top 5 of the world's hardware-producing countries. This is undoubtedly of great significance. In this regard, China has become the main force in world development and can influence the development direction of the world's hardware industry. We all know that China has always been a country with a hegemonic rank, but we must also know that China has always been the strongest importer and exporter country. Therefore, China also has a consumer market and the promotion of the national economy is very huge.

However, it should be noted that while acquiring the market, it is also necessary to pay attention to the development of technology, such as power tools, and especially pay attention to the characteristics of its versatility. This is very important, and it will also become the mainstream of market development in the future. In the final analysis, it is technological development. Whether or not it can occupy a major market, technological innovation, and quality assurance, these two points are the main conditions for development and access to the market in any era.

Safety Tubs Walk-In Bathtubs are the premium bathtub for active seniors, elderly people, disabled people, people with limited mobility or anyone looking for a safer, healthier and more comfortable bathing experience. The new Safety Tubs Pro Series offers popular features such as a low-entry walk-in decor system, built-in chair-height seat, deep soaking dimensions and the most advanced water based therapy system all for an affordable price