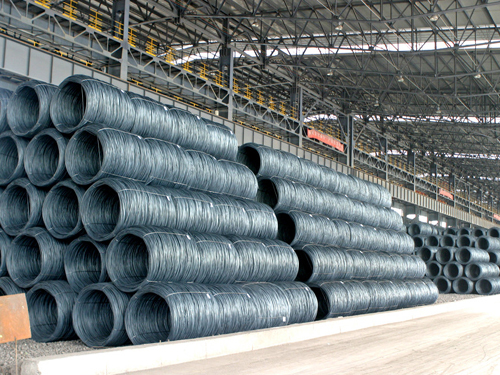 Due to the decrease in production costs, the overall profit level of Chinese steel companies increased by 129% year-on-year, but under the influence of the recession in the real estate market, the sales revenue of steel companies did not change much, and the profit rate only rose from 0.2% in 2013 to July of this year. 0.5%, the entire industry is still in an unhealthy state, Anshan Iron and Steel, Wuhan Iron and Steel, Valin Steel, etc. are all rely on government subsidies to improve the operating conditions sharp decline in iron ore prices did not pull the Chinese steel mill out of the quagmire.

On September 22, Lu Bin, director of the editorial department of Platts Energy Resources China, told Hexun that Chinese steel mills will continue to expose problems in the next two years, but this is a good thing for the entire industry and a problem that the reform must face. .

According to Lu Bin, as the supply of iron ore reached a record high and the Chinese market demand was weak, the price of iron ore had fallen from US$170/ton in 2011 to the current US$80/ton this year. Chinese steel mills have begun to have bargaining power.

â€œAs a result of the drop in production costs, the overall profit level of Chinese steel companies increased by 129% year-on-year, but under the influence of the recession in the real estate market, the sales revenue of steel companies did not change much, and the profit rate rose from only 0.2% in 2013 to July this year. At 0.5%, the entire industry is still in an unhealthy state. Angang, Wuhan Iron and Steel, and Valin Steel all rely on government subsidies to improve their operating conditions,â€ Lu Bin told Hexun.com.

ICBC's former president, Yang Kai, pointed out before his birthday that the problem of overcapacity in China has been proposed for many years. Local departments and departments have also made great efforts in this regard. But in recent years, this issue has become more and more serious. This year 1-7 Monthly crude steel production increased by 2.67% year-on-year.

In July of this year, the Ministry of Environmental Protection announced that 341 steel plants that failed to meet the standard were required to upgrade their equipment or shut down production. In the end, 73% of companies upgraded their equipment and 27% chose to close their doors. Hebei Province has said that next year it will shut down 10 million tons of iron production capacity and close 3 million tons of steel production capacity.

â€œBut it is not an easy task for large steel mills to quickly reduce excess production capacity because each company involves many social issues, such as workers' industries, etc. Local governments will intervene. From this perspective, the transformation of Chinese steel companies It will take several years," Lu Bin told Hexun.

Another frustrating reality is that Hebei province has lost 6 million tons of capacity this year, but Jiangsu Province has increased its 8 million tons of production capacity. This should be a concerted effort to cut capacity, but it is seen as an opportunity to seize market share.