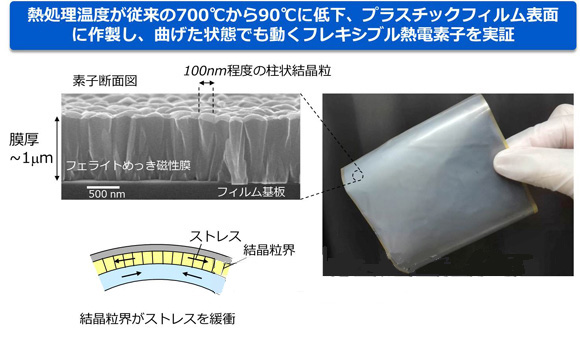 NEC, NEC Toh Kim and Tohoku University in Japan announced on April 25, 2016 that they have developed spin-Seebeck thermoelectric conversion elements that have a thermoelectric conversion efficiency that is more than 10 times that of the past. This not only promotes a significant step toward the practical application of power generation components, but also brings hope for the practical sensitivity of sensors for detecting heat flow.

The "Spin Seebeck effect" was discovered in 2008. When the magnet has a temperature difference, it will produce the electron magnetic property corresponding to the temperature gradient - spin flow phenomenon. Because the structure is simple, such elements can be manufactured at a low cost, can be processed into various shapes and put into use, and have advantages that are not possessed by the conventional thermoelectric conversion technology, but also have the problem of extremely low conversion efficiency.

In addition, compared with the past 700Â° C., the film formation method used for such an element can generate a dense ferrite film used in a thermo-electric conversion element of spin-beck, at an extremely low temperature of about 90Â° C. By lowering the heat treatment temperature, the element can be fabricated on the surface of a plastic film or the like to produce a flexible element that can be processed into various shapes and put into use.

This research is part of the "ERATO Sato Spin Quantum Rectification Project" of the Japan Science and Technology Agency (JST). In the future, NEC will also conduct more in-depth research in order to recycle the waste heat generated by buildings and vehicles, such as factories and data centers that emit large amounts of heat, and reuse waste heat power generation technologies. Relevant results have been published in Scientific Reports, an open access, multidisciplinary e-journal held by Nature. (Special Contributor: Kudosuke)