For birds, offshore wind power and land-based wind power are newly emerging dangerous electric fans on the earth. Therefore, while developing renewable energy sources, we should also consider the feelings of local or migrating organisms. Therefore, Oregon State University (OSU) ) Develop an intelligent system that hopes to analyze and reduce the impact of wind turbines on birds.

According to the UN News 2014 report, compared to coal-fired power generation, wind and solar energy have less impact on birds. In the United States, 140,000 to 328,000 birds die each year due to wind energy, and coal-fired power generation causes about 7.9 million bird deaths. However, this is only a comparative problem, and 300,000 are also many, and this problem cannot be easily overlooked, especially if it is protected and rare. Bald Eagle and Golden Eagle. 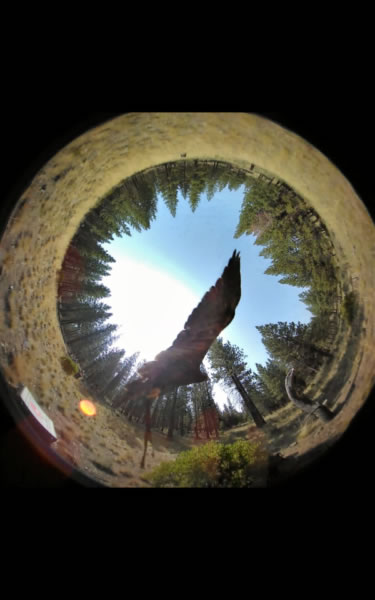 For this purpose, the OSU research team developed a sensor integration system that can detect the impact of wind turbines on birds and make statistics more complete. Roberto Albertani, assistant professor of mechanical engineering at OSU, said that in the past, manual inspections and long-term monitoring were used to assess bird mortality and impact events, but man-made unavoidable mistakes were made. Manual detection was not only costly for remote areas and offshore wind power. In some places, humans are hard to reach.

The system consists of a vibration sensor on the blade, an acoustic sensor and an optical camera on the pile, which can accurately determine the impact on birds and even distinguish different species of birds. When the shock sensor senses a critical hit, the camera can be inspected and recorded as an â€œauto accidentâ€ with the eagle or other creatures and the fan.

To test the research, researchers at the National Renewable Energy Research Laboratory (NREL) Wind Science and Technology Center used a tennis-sized "air-gun" (compressed-air) to simulate bird impact. The vibration sensor performs well without using Each blade is equipped with a sensor. Albertani pointed out that the middle blade and blade leading edge are more easily sensed by sensors.

The team also hopes that new technologies will be available in the future to shock the oncoming birds and allow the birds to co-exist peacefully with the wind turbines. At present, the US Department of Energy Efficiency and Renewable Energy (EERE) is also supporting this research. If the eagle is flying toward the fan, the smart networked camera will instantly trigger the kinetic deterrent: constantly moving colorful humanoids. In order to maximize the eagle's sense of disgust toward humans.

At present, these concepts are still in the preliminary stage, but they still have great potential for development. After all, everyone hopes that renewable energy can coexist with the environment. This is also the core value that people have to start developing green energy.